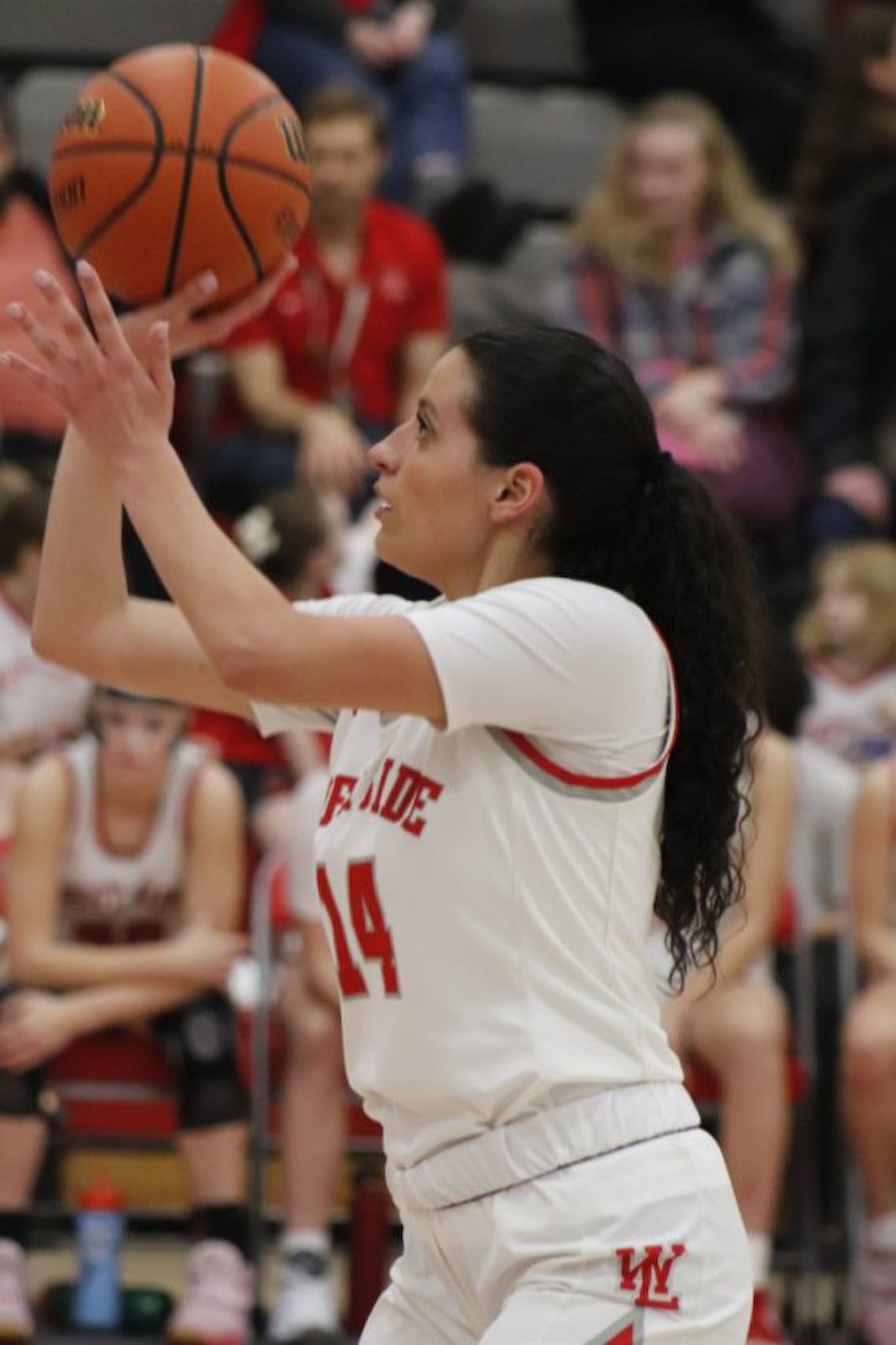 Annie Karlaftis recorded a double-double with 13 points and 10 rebounds as ninth-ranked West Lafayette girls basketball defeated Tipton 55-48 in the Hoosier Conference Tournament on Jan. 20 at Berberian Gymnasium. Karlaftis made 3 of 4 shots from the field and all seven of her free throw attempts. She also had two assists and one steal. Kennedy Martin scored a game-high 17 points to go with two assists and two steals, while Sarah Werth had 11 points, three rebounds, three assists and two steals. Adrianne Tolen pulled down 12 rebounds and came up with six steals while scoring nine points. The Red Devils were 16 of 20 from the free throw and outrebounded the Blue Devils 36-29. After giving up 20 points in the first quarter, West Lafayette limited Tipton to 10, six and 12 points over the final three quarters. The Red Devils improved to 16-5 on the season. West Lafayette won the JV game 35-7 in two quarters of play. In their best performance of the season, all seven JV players scored, had at least one steal and rebound. Kyra Swanson tallied 10 points and Sarah Flesher had six steals. The Red Devils play the final two games of the regular season at McCutcheon on Tuesday (Jan. 24) and at Harrison on Thursday (Jan. 26).