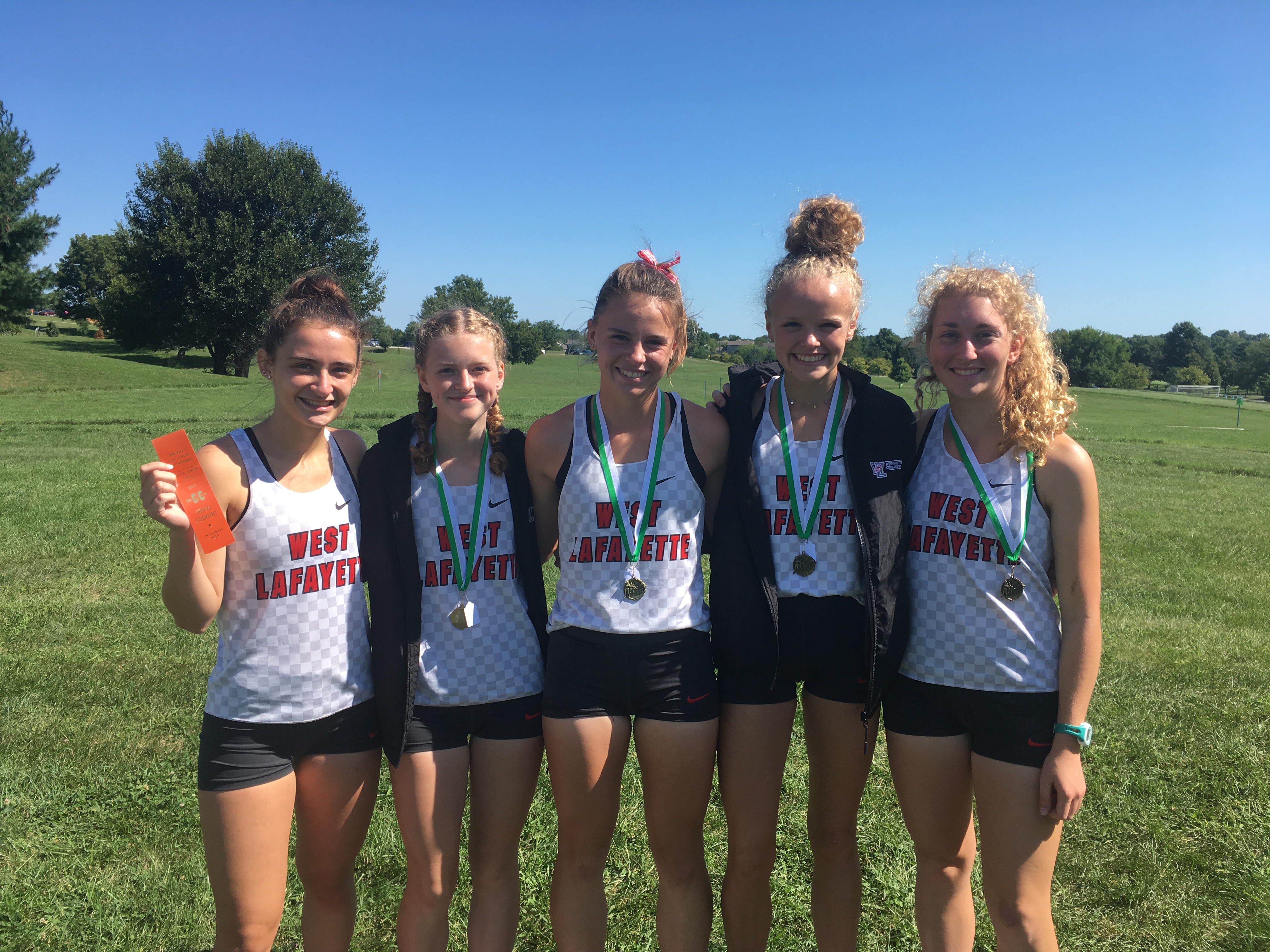 The girls had the opportunity to compete with some of Indiana’s best on Saturday at the Zionsville Early Bird Invitational, hosted at Northview Church in Carmel. The 4K races are split by class in this unique August showdown. The team was not at full strength due to the SAT testing date, but still managed to compete well against a strong field which included three of the top four teams in Indiana.
Sophomores Alli Steffey (9th) and Annabel Prokopy (12th) led the way in the Freshman/Sophomore race with strong showings. Juniors Haley Mansfield (7th), Amelia Simpson (18th), and Abby Serra (36th) represented the upperclassmen well. Haley was the top Red Devil on the day with a time of 15:30, which places her 16th on the school’s all-time 4K list. Alli Steffey also made the list in 20th with a time of 15:42.
The girls are back in action Tuesday, August 27 at the Tippecanoe County Amphitheater for the Harrison 8-Way meet. The girls race begins at approximately 6:10 p.m.