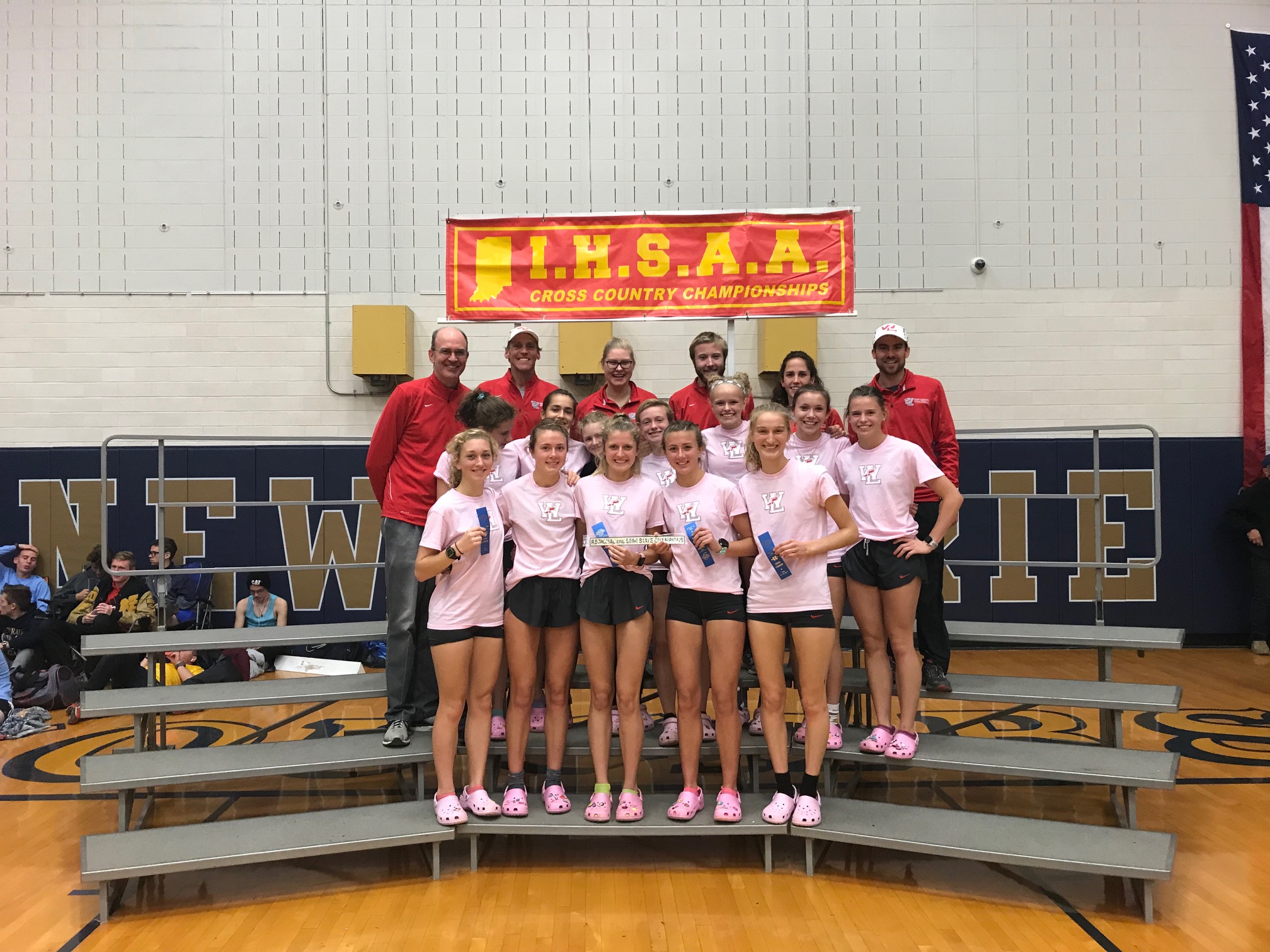 Senior Mary Schultz led the way claiming the individual title in 18:24.4. Mary joins Lauren Johnson and Bobbie Burgess as WL athletes who have won the New Prairie Semistate over the course of the last decade. Lauren and Bobbie both went on to finish in the top 5 at the State meet and qualify for the Foot Locker National Finals in San Diego, CA.

Not far behind, seniors Ellie Tate and Emma Tate put two more Red Devils in the top 10 in 3rd and 9th respectively. Freshman Alli Steffey was the fourth and final girl to earn All-Semistate honors in 17th place overall. Sophomore Amelia Simpson stepped up as the final West Lafayette scorer in 30th. Sophomore Haley Mansfield (41st) and junior Sarah Greenwell (42nd) contributed in the 6/7 positions, pushing scorers back from every team except Valparaiso.

With the win, the girls earned a spot in next Saturday’s IHSAA State Finals at the Lavern Gibson Championship XC Course in Terre Haute. The girls race is the first of the day and begins at 1:00pm.