VanArsdel returns to Tippecanoe County after spending the 2020-21 season as a varsity assistant coach for Class 4A state champion Carmel High School. He was in charge of the offense for a team that went 26-2 and featured Purdue recruit Brian Waddell, while also running the program’s feeder program to prepare future Greyhounds.

“I am extremely grateful for the opportunity to lead the West Lafayette boys basketball program,” VanArsdel said. “I would like to thank Mr. (Ron) Shriner, Mr. Strode and all of the West Lafayette administration for entrusting me with the future of the program. It is truly a dream come true.”

VanArsdel brings a wealth of experience and enthusiasm in replacing David Wood, who patrolled the Red Devil sidelines for 27 years before retiring at the end of the 2020-21 season.

“West Lafayette basketball is what it is today because of coach Wood,” VanArsdel said. “His career provides an example of what a successful program should strive to emulate. I know firsthand how hard it was to play against his teams. They were always hard-nosed and well prepared. Those are the qualities that I hope future West Lafayette teams will continue to possess.”

Prior to Carmel, VanArsdel spent nine seasons at Bloomington South High School under future Hall of Fame coach J.R. Holmes, who has the all-time record for wins in the state of Indiana. VanArsdel served as the freshman coach for two years and varsity assistant for seven, primarily in charge of defense and player development. The Panthers won the seven sectional championships while VanArsdel was on staff. During his tenure, he coached several players who continued their basketball careers at the collegiate level.

“There was tremendous interest in this position and the opportunity to be part of something special at West Lafayette Jr./Sr. High School,” athletics director Joel Strode said. “From an impressive group of finalists, Jacob rose to the top as having the experience, enthusiasm and work ethic to lead our boys basketball program. We are excited to welcome him and his wife, Sydney, to our community and eager to instill some Red Devil pride.”

After a standout high school career playing for his father, Jeff, at Harrison from 2007-10, VanArsdel attended Indiana University, where he earned a Bachelor of Science degree in kinesiology with a physical education major in 2014.

“Sydney and I are excited for this next chapter,” VanArsdel said. “We are anxious to get to town and engrain ourselves in the West Lafayette community. I am especially looking forward to meeting the team and getting to work.” 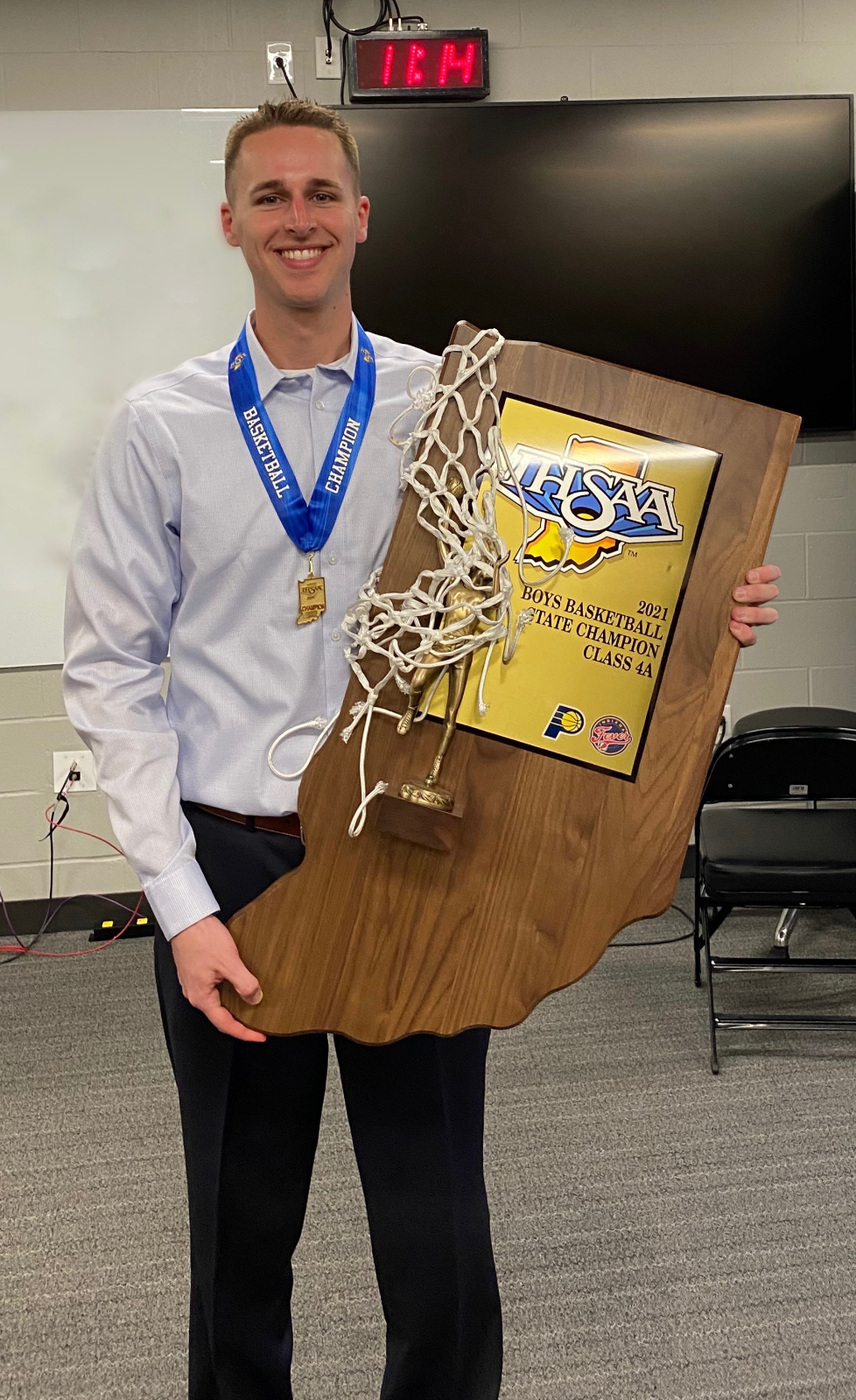